New Beginnings: An American Story of Romantics and Modernists in the West

New Beginnings: An American Story of Romantics and Modernists in the West
Essay by MaLin Wilson Powell Introduction by Laura Finlay Smith The TIA Collection

Santa Fe and Taos were among the most important national and international art communities during the 1920s and 1930s; this book explores their similarities, differences, and connections. Legions of American and European artists found new beginnings in the physical and cultural landscapes of northern New Mexico, resulting in a new and deeply rooted orientation for modern art in America.

Produced on the occasion of the New Beginnings traveling exhibition, this lavishly illustrated catalogue presents 111 objects by 72 artists from the Tia Collection, including paintings, drawings, prints, photographs, and sculptures. To encourage a fresh view of the shift from representation to diverse branches of Modernism, the artworks are grouped into three sections: by the four seasons, by the vibrant mixture of Native American, Hispano and Anglo themes, and by studio made still-lifes and portraits. Work by artists such as Ernest L. Blumenschein, E. Irving Couse, Stuart Davis, Leon Gaspard, Robert Henri, John Marin, John Sloan, and Walter Ufer are juxtaposed with lesser known or virtually unknown works by William Verplanck Birney, Richard Crisler, Katherine Levin Farrell, Jan Matulka, Arthur Musgrave, Polia Pillin, and Beulah Stevenson.

Laura Finlay Smith is the curator of The Tia Collection.

MaLin Wilson-Powell has served as curator of the New Mexico Museum of Art in Santa Fe, and the McNay Art Museum in San Antonio, Texas, as well as director of the Jonson Gallery at the University Art Museum in Albuquerque, New Mexico. She is an independent curator and author of numerous publications, including Mabel Dodge Luhan and Company: American Moderns and the West (Museum of New Mexico Press 2016), which she co-edited with Lois Rudnick. 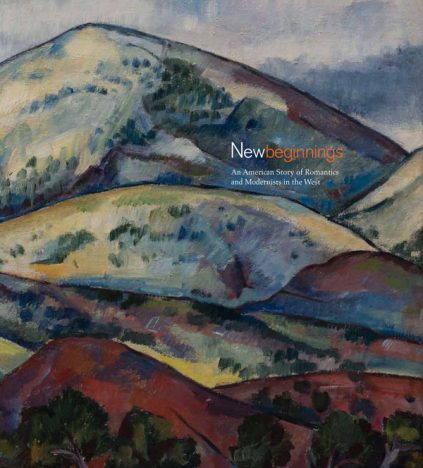 Distributed by The University of Oklahoma Press

Available from bookstores or from https://www.oupress.com