In the Buddha’s Light: The Temples of Luang Prabang

This engaging memoir takes the reader on a journey into the heart of one of Southeast Asia’s most beautiful and enchanting small cities. Lush, exotic––and full of contradictions––Luang Prabang sits at the confluence of the Mekong and Nam Khan Rivers in Laos. Formerly the capital of the ancient royal kingdom of Lane Xang, “home of 1000 elephants,” it is now a World Heritage site that hosts nearly half a million visitors a year. It is also home to more than 35 Buddhist temples, and the center of spiritual life in a communist country that is the most-bombed place in history courtesy of the U.S. military during the Vietnam War. The American authors found the Lao people charming and gracious in spite of this atrocity, and more than willing to welcome them into their homes and magnificent temples.

Award-winning photographer Jack Parsons is most famous for his elegant book photography that captures the visual heritage of the American Southwest. He has published some seventeen books, including the iconic Santa Fe Style (Rizzoli), with Christine Mather and Sharon Woods, and Lone Star Living (Bulfinch Press), with the late Tyler Beard. www.jackparsonsdigital.com

Joanna Hurley has spent her career in book publishing. Currently an agent/producer of art and photography books, she is based in Santa Fe, New Mexico.

Roshi Joan Halifax, Ph.D, is a Buddhist teacher, Zen priest, and anthropologist. Her most recent book is Standing at the Edge: Finding Freedom Where Fear and Courage Meet (Flatiron Books). She is the founder, abbot, and head teacher of Upaya Institute and Zen Center in Santa Fe, New Mexico. https://www.upaya.org 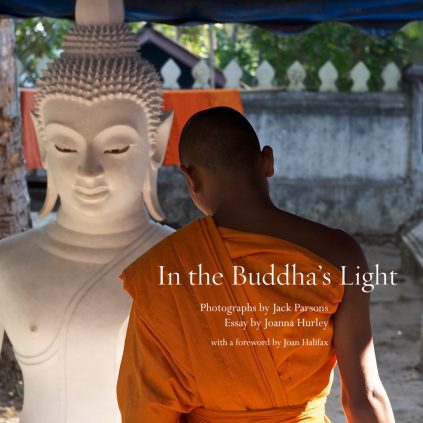