On the Path of Marigolds:
Living Traditions of México’s Day of the Dead

On the Path of Marigolds:
Living Traditions of México’s Day of the Dead
By Ann Murdy Essay by Denise Chávez Conversation with the Author by Cesáreo Moreno George F. Thompson Publishing November 2019

Photographer Ann Murdy has been documenting the celebrations around Day of the Dead (Día de los Muertos) in México for more than 20 years. A native of Los Angeles, she first started collecting Chicano art in the 1990s, and was drawn to México by the vibrancy of its culture and traditions. She loved the rich color she found everywhere, from the brilliant red and pink of the flowers adorning the ofrendas or altars to the dead, to the dusky yellow of the marigolds lining the ofrendas and the pathways to them, whether in private homes or cemeteries.

As she shows in her hauntingly beautiful images, in México, death is considered a part of life, something to be celebrated, not feared. El día de los muertos (which actually lasts two days, November 1-2), is a time to gather with friends and families to feast, pray, dance, and honor the lives of those who have died. This lovely volume gathers 90 of her most stunning images of celebrations from three villages, Teotitlan del Valle in Oaxaca, Huaquechula in Puebla, and Lake Pátzcuaro in Michoacán, along with a conversation with her with Cesaréo Moreno, director of visual arts and chief curator of the National Museum of Mexican Art in Chicago, IL, and an essay by Mexican-American writer Denise Chávez.

Ann Murdy is a photographer based in Santa Fe, NM. Her work has been shown at the Museum of Latin American Art in Long Beach, CA, the National Museum of Mexican Art in Chicago, IL, the California Heritage Museum in Santa Monica, CA, and Museo Chicano in Phoenix, AZ , among others.

Denise Chávez is a performance artist, novelist, and teacher whose work celebrates the border corridor of southern New Mexico, West Texas, and northern Mexico. Her novel, Face of an Angel (1994) won the American Book Award and her The King and Queen of Comezón (2014) won the 2015 International Latino Book Award and the New Mexico-Arizona Book Award for fiction.

Cesáreo Moreno has been the visual arts director of the National Museum of Mexican Art since 1995, and was named the museum’s first full-time curator in 2004. Moreno has conducted research on the Mexican holdings of museums throughout Mexico and the U.S. He has curated and/or coordinated numerous exhibitions, and served as a juror and panelist for numerous groups including the National Endowment for the Humanities, the Illinois Arts Council, and the Chicago Department of Cultural Affairs. 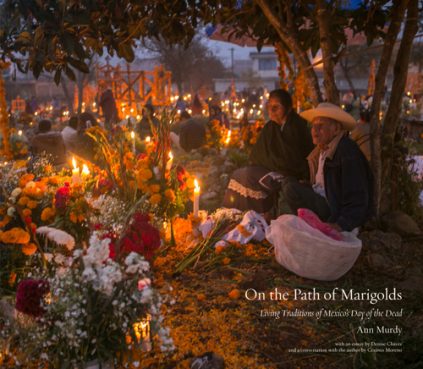 Available at bookstores or from www.caseipm.com

Read a review by Enrique Lamadrid, University of New Mexico.