““The American Dream is a communal myth that has touched and inspired not just Americans but humanity around the world. Since the country’s earliest days, that dream has held the promise of opportunity that was epitomized by the exploration and settling of the American frontier. This book examines the rural West visually, through photographs of surviving iconography and momentary glimpses of daily life. . . .””

With this haunting new collection of photographs, Joan Myers continues the decades-long journey she began in Where the Buffalo Roamed (with Lucy Lippard), documenting the changing landscape and culture of the American West. The images in this new collection are more personal, more elegiac––and all black-and-white. They bear witness to the slow fracturing of the American Dream, the demise of cowboy culture, and the shrinking of small towns, ranches, and farms throughout western rural America.

The themes she examines are reflected in Devil’s Highway, a powerfully evocative short story by Pulitzer finalist William deBuys, first published in1992 in Story magazine and reproduced again here for the first time. It is as evocative of the social and visual landscapes of the rural West now as when it originally appeared—perhaps more so, touching as it does on the harsh realities of the lives of undocumented workers and other denizens of the border struggling to survive. Myers and deBuys previously collaborated on Salt Dreams: Land and Water in Low-Down California, which inspired the highly acclaimed film, The Colorado.

Joan Myers has been photographing for more than forty-five years. Her highly acclaimed work has been the subject of three Smithsonian exhibitions, more than fifty solo and eight group shows, and eleven books, including Where the Buffalo Roamed (Damiani 2019), Fire & Ice: Timescapes, with Kathleen Dean Howe (Damiani 2015), and Wondrous Cold: An Antarctic Journey (Smithsonian Books 2006). She has spent much of her time roaming the American West, but has also worked in India, the Canary Islands, Antarctica, Java, Sicily, Sardinia, Hawaii, and elsewhere. Her extensive photo archive is now housed at the Briscoe Center for American History on the University of Texas campus.

William deBuys is a Pulitzer Prize non-fiction finalist, a 2008-2009 Guggenheim fellow, and the author of ten books, the most recent of which is The Trail to Kanjiroba: Rediscovering Earth in an Age of Loss, (Seven Stories Press 2021). He has collaborated on two previous books with Joan Myers, The Jungle at the Door (George F. Thompson 2012), and Salt Dreams: Land and Water in Low-Down California, (University of New Mexico Press 1999), which inspired the highly acclaimed film, The Colorado, which premiered at the Metropolitan Museum of Art in 2015. The recipient of a 2008–2009 Guggenheim Fellowship, he lives in northern New Mexico. 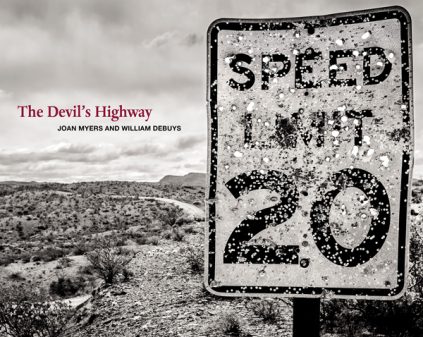