HELLAS reveals a Greece far more complex than the country captured in postcards of the brilliant, blue Aegean. It is an honest, at times unsettling appraisal of a land with a rich and chaotic history that is also the source of much of the foundation of western European and American philosophy and culture. HELLAS is a book for the sophisticated traveler and Philhellene, and lover of classical photography. It also provides an excellent introduction to this enigmatic country for those who have never been and are itching to go.

William Abranowicz is best known for his poised and meticulous still life, landscape, and lifestyle images, and his deep affinity for the classical forms of interiors and exteriors. His photographs appear frequently in Condé Nast Traveler, Martha Stewart Living, Gourmet, The New York Times Magazine, Elle Décor, Town & Country, and Vanity Fair, as well as international publications. Rizzoli published his first photographic tribute to the landscapes of Greece, The Greek File: Images of a Mythic Land, in 2001. Louis de Bernières is the author of eight novels, including Birds Without Wings, A Partisan’s Daughter, and most recently, Notwithstanding: Stories from an English Village. Captain Corelli’s Mandolin, which was set on the Greek Island of Cephallonia, won the 1994 Commonwealth Writers’ Prize for Best Novel, became a world-wide bestseller, and was made into a movie starring Nicholas Cage and Penelope Cruz. 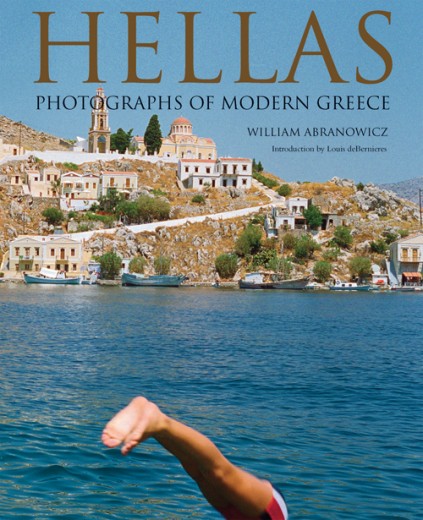